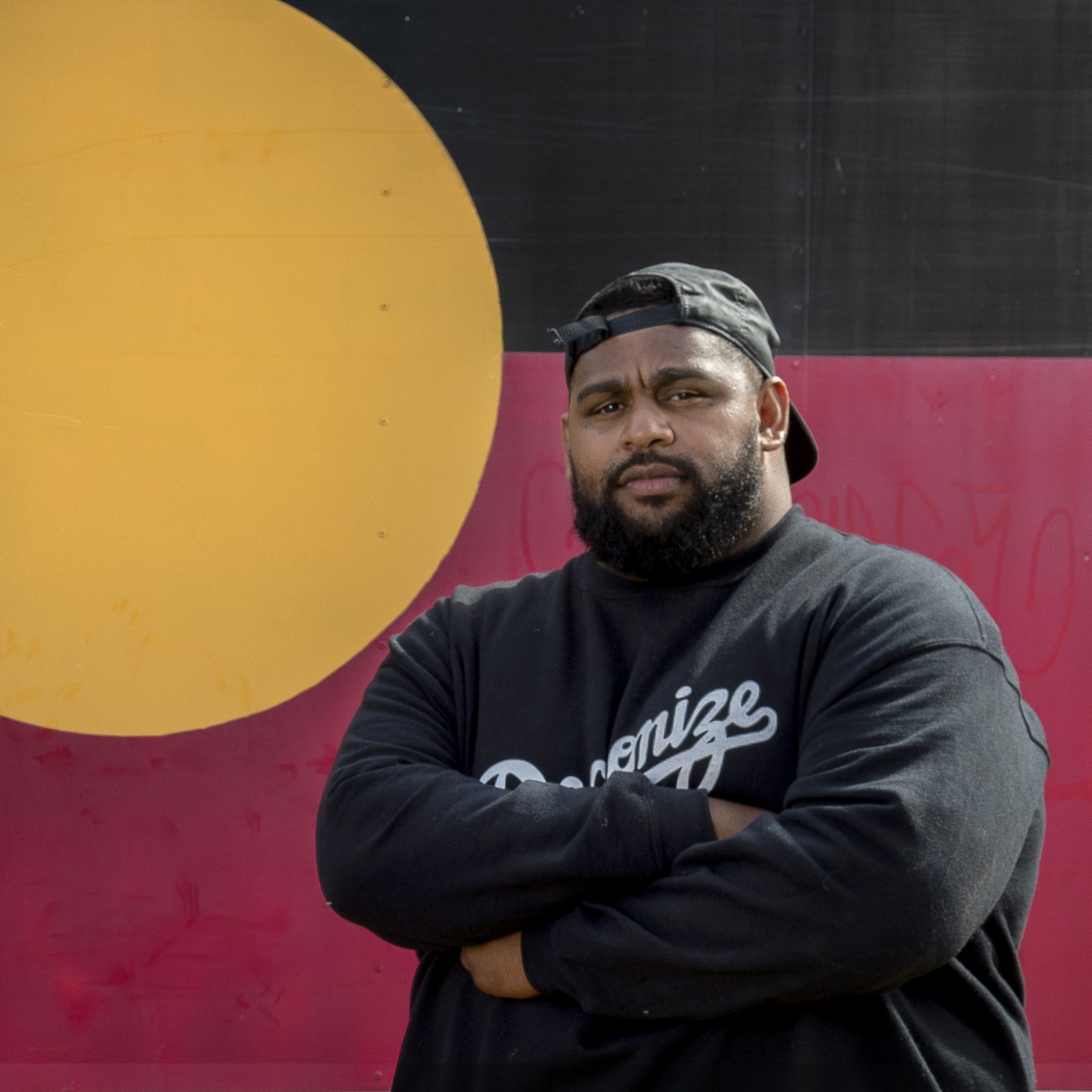 Boe Spearim is a proud Gamilaraay, Kooma man and Murrawarri man based in Meanjin/Brisbane. Boe is an activist and podcaster he is the creator/host of the ‘Frontier War Stories’ podcast dedicated to truth-telling about invasion and colonisation.

Boe is part of a long line of staunch Gomeroi activist, who are fighting to stop mining giant Santos building 850 coal seam gas wells on Gamilaraay Gomeroi Country in the Pilliga in North West NSW.